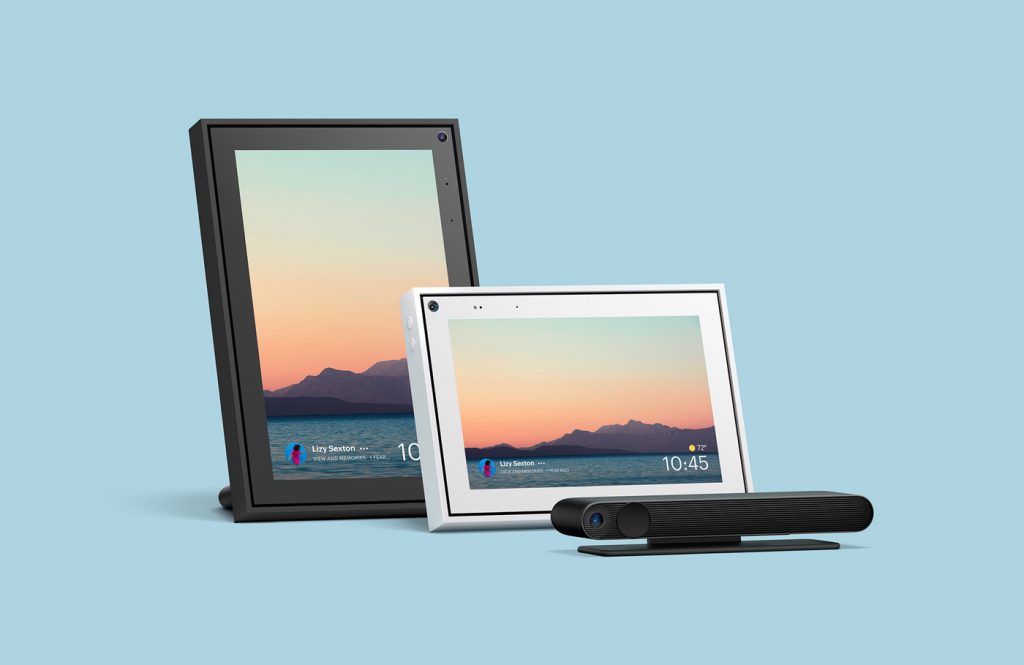 Facebook today presents a new range of Portal products, one of which is called Portal TV and which connects to a television via the HDMI port. This is a camera.
Portal TV allows you to transfer your video calls from Messenger or WhatsApp to the largest screen in your home. You can place the camera above or below your television for an immersive video call, which will allow you to move while being seen and heard, according to Facebook.

In addition to Portal TV, Facebook is launching a new version of Portal and the brand new Portal Mini, which can be used in both portrait and landscape mode. Portal Mini features an 8-inch HD display and Portal has a 10-inch HD display for making video calls, viewing photos, and watching videos. It is also a support to enjoy streaming audio (Spotify, Pandora, iHeartRadio) and video (Amazon Prime Video).

Portal and Portal Mini will be available from October 15th, and Portal TV from November 5th. Portal Mini will be available at 149 €, Portal at 199 € and Portal TV at 169 €. A reduction of 50 € for the purchase of two devices will be proposed. Note that Facebook is now selling its Portal products in France, as well as in the United Kingdom, Spain, Italy, Australia, and New Zealand. The products were reserved in the United States and Canada until now.

and Electronic cigarette : the strange disease that strikes the United States

This website uses cookies to improve your experience while you navigate through the website. Out of these, the cookies that are categorized as necessary are stored on your browser as they are essential for the working of basic functionalities of the website. We also use third-party cookies that help us analyze and understand how you use this website. These cookies will be stored in your browser only with your consent. You also have the option to opt-out of these cookies. But opting out of some of these cookies may affect your browsing experience.
Necessary Always Enabled

Any cookies that may not be particularly necessary for the website to function and is used specifically to collect user personal data via analytics, ads, other embedded contents are termed as non-necessary cookies. It is mandatory to procure user consent prior to running these cookies on your website.